The DELL PowerConnect 2724 is a decent web managed switch. What I was trying to accomplish was setting up VLANs on my main switch. Then I was going to pass this to the 2724 through a VLAN TRUNK. However, the Dell PowerConnect 2724 was not playing well.

What is this trunk you speak of

A trunk can make your life much easier. You don’t need to take network cable from one switch’s VLAN and running it to another switch. For example, vlan 1 to vlan 1, vlan2 to vlan2, etc making you use up ports to connect different vlans. Let’s not forget long cable runs. A trunk will let you use one port to hold all the VLAN information. Without trunking, each VLAN between the switches would EACH need a cable running to the VLAN.

VLAN1 is the default VLAN. You cannot receive TAGGED packets to VLAN1. Other VLANs you can receive tagged packets. I wanted to setup 3 VLANs.

First you go into your Dell management web gui and click on VLAN membership. Here you create VLAN 2 and VLAN 3. Next you UNTAG packets on the VLANS for the specific ports, so VLAN1 would have  U by ports 1-8. I will be using PORT 1 as the trunk. For VLAN2 and VLAN3, make sure you specify port 1 as the trunk. It will show a T which means tagged egress packets.  VLAN1 cannot cannot receive tagged packets. You cannot make port1 on VLAN1 the T, it will remain U which means untag egress packets.

The switch that will be connected to the Dell Powerconnect 2724 is a HP ProCurve. The trunk port on this end is configured to send UNTAGGED packets to VLAN1. TAGGED packets are sent to VLAN2 and VLAN3. This is very important, or nothing will work.

Now this line of Dell switches are a little different. You created the VLAN you think and specified which ports are associated with which VLAN under the VLAN membership. For some reason, we are NOT done. Click on the VLAN port settings. Here you will need to AGAIN specify which VLAN each port is associated with. Enter in the VLAN # in the PVID.

To clarify, under the VLAN membership, you would select your VLAN ID on the drop down box. Then assuming we are using port 1 as the trunk, you would TAG port 1. So I did this for both VLAN 2 and VLAN 3. By showing a T there for port 1 on 2 VLANS. Not VLAN1 since you can only show a U untag packets because that is the default VLAN.

Is this my all time favorite device for VOIP? No.

To conclude, the Dell PowerConnect 2624 is a great starter device, and has been used in small to medium size businesses. The VLAN can be finicky, but hopefully this guide helps you get this setup. 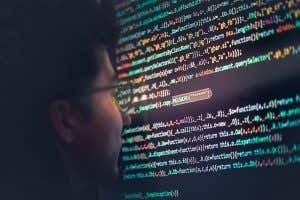 WordPress too Many Redirects

What is Search Engine Optimization?

Websites Hacked? Critical 0-Day for the Plus Addons for Elementor

Get the Latest info